A bunch of Space Ships.
The first series of ships were concepts I created for the EVE online contest over at DeviantART. I tried to explore many different shapes with mixed succes. 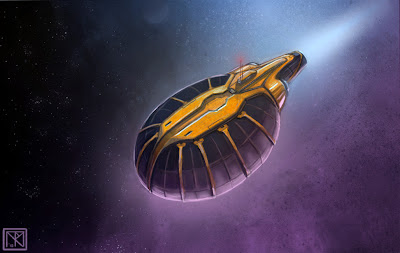 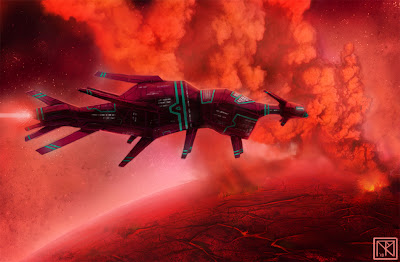 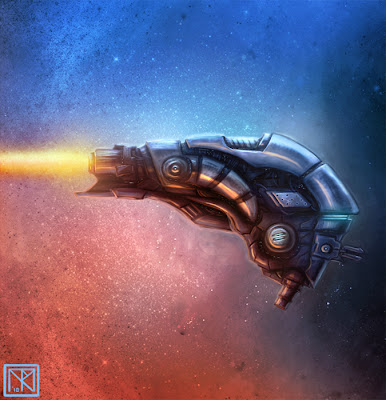 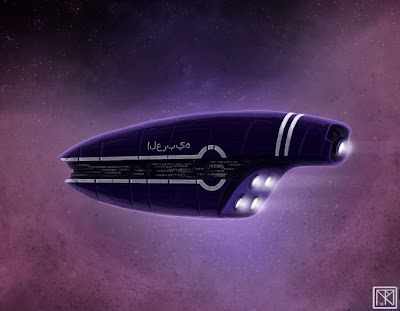 I chose to make a more detailed side view from the last starship design. The Korean characters are supposed to say something like 'Vanguard 15'.
This particular piece I created as an illustration for an Sci-Fi story. One of the goals was to create a believable spaceship, largely consistent with modern day science.

The crew compartments are hidden between the cargo bays for protection. There are sensor arrays and sun collectors on the front; primary and secondary fuel tanks are visible on the exterior; Several unfolded heat radiators can be seen; Lastly, there are propulsion engines to go forward or backward, as well as steering thrusters to go in any other direction.

Check out my Online Portfolio for More Work
Posted by Tom at 16:52